Lekembe and Mbira, are generic names for several African thumb pianos or lamellophones. Tongues or keys are made of wood, iron or bamboo. In South Africa thumb pianos are called kalinda or kalimba and sometimes sansa. The object on offer is typical of those used in south western Congo, western Zambia and large swaths of Angola. The object came to us from an estate sale which included mostly southern African beaded objects dating to the 1940’s. It measures + – 3.5 x 16 x 26 centimetres and produces an excellent sound. 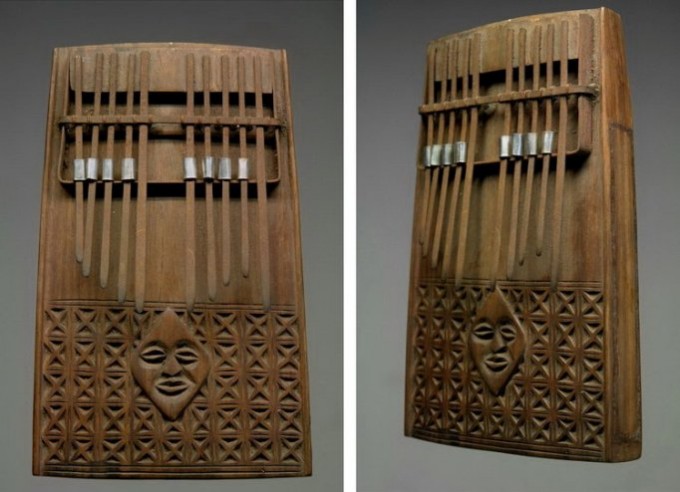 In south western Congo, western Zambia and much of Angola, a thumb piano is called Casagi, Lekembe and Sanza. Marie Louise Bastin referred to related examples in Angola as Lungandu. The carved incised face is a representation of an ancestral initiation mask. Hornet’s wax was added to seal the carved compartment (image above right).

This thumb piano was purchased in Portugal from a colonial collection, the context confirming a collection date of early 1960’s or before. It measures + – 4 x 14 x 24.5 centimetres. 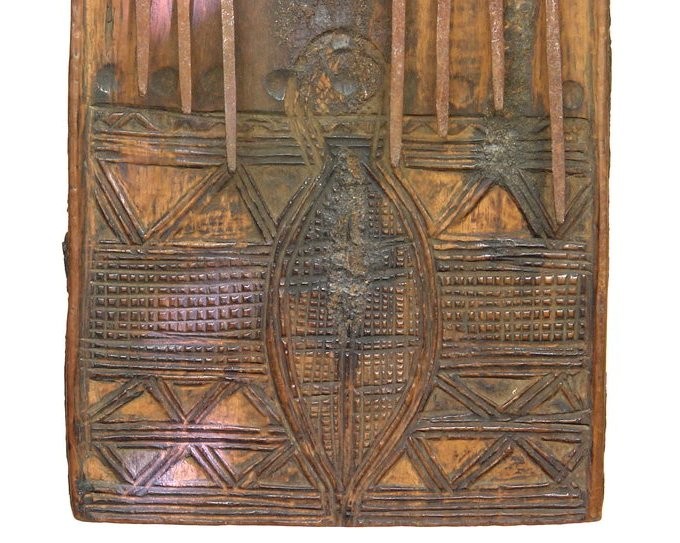 Two generations of carvings appear on the lower face (and sides) of the Sanza thumb piano. An original ‘cowrie’ shape (money / currency) form appears boldly on the lower base. Looking closely at the carving lines one sees that the carnivorous water tortoise (head / tail) was over-carved on original horizontal lines, confirming the large cowrie was overtaken by a secondary carver. 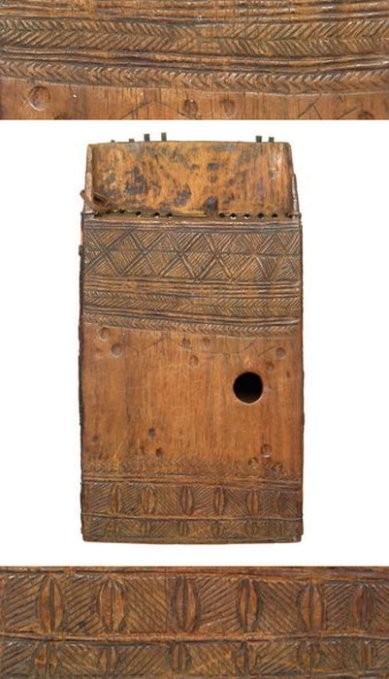 Two lines of five cowries were carved on the reverse / bottom. At the top are two rows of chevron motif patterns are found. 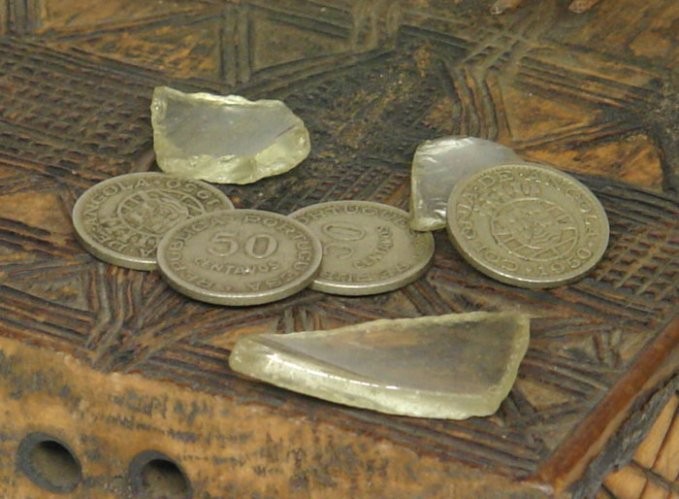 The side panels of the resonator look new, but they are in excess of fifty year of  age, having been replaced about the time of collection – (prior to the Angolan war). We opened one to discover the source of the internal rattle. Two pieces of thick bottle glass and four Portuguese 50 centavo coins dated 1950  were found.